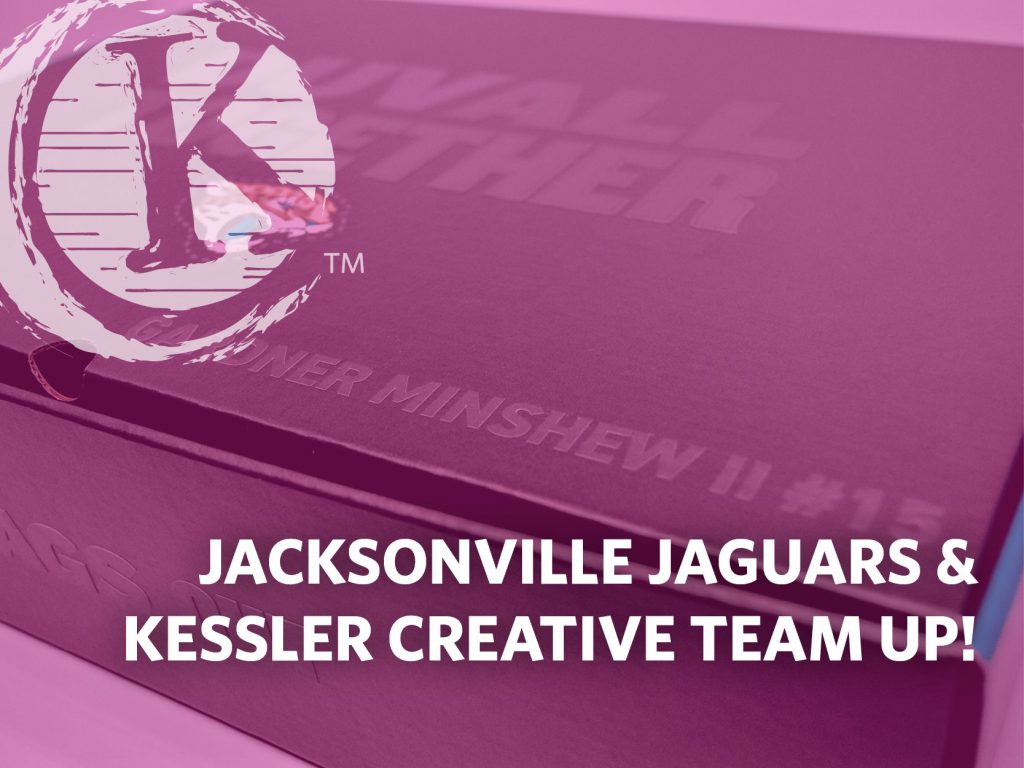 Here in Jacksonville, you can hear that battle cry throughout the town — on game day and otherwise. It’s a symbol of unity, of strength, and of a shared commitment to our community. It’s most closely associated with our NFL team, the Jacksonville Jaguars.

The Jacksonville Jaguars joined the NFL as an expansion team in November of 1993. Since then, they’ve won division championships, and have qualified for the playoffs seven times. The Jaguars have served as a cornerstone for the Jacksonville community — getting involved in everything from entertainment to charitable service. We share the hometown pride, and we’ll always bleed teal and black!

Here at Kessler Creative, we are proud partners of the Jacksonville Jaguars. We team up with the Jaguars to provide direct mail and printing services, and we are enjoying our 2nd year of this working relationship. Dina Kessler, President of Kessler Creative, says “this partnership is special because we have a great relationship with several people in their organization. The Jaguars team operates similarly to our team: creative, driven by caring for their customers, innovative, dedicated to the success of their organization.”

During the time of our partnership, we’ve created several unique print projects that simply WOW fans. (And quite frankly, they still wow US!) When asked to reflect on projects that we are perhaps most proud of, Creative Director Dee Emery had two come to mind immediately…

“The Jaguars organization was looking for a unique mailer to send their season ticket holders to get them excited for the upcoming season. They were promoting an incentive for renewals, and they wanted to ensure the incentive wasn’t visible until the recipient actually opened the mailer. We had received a book that had the pages stepped so that they were different sizes when the book was opened, and presented that idea to them. We provided a template for the pages, and they brought the template to life with their design, turning it into a great marketing piece for the organization. They added a fold to the back cover to maintain the mystery of the incentive. To turn this design into an actual printed book, we collaborated internally, with team members from four different departments working together to ensure it was produced flawlessly.”

“The Jaguars were also in need of a box to distribute their Flags Out materials to members of the organization. They sent us a design for a box, along with the dimensions of the products being placed in the box. We constructed a box using their design, and suggested adding personalization. We adjusted the design to accommodate the structure of the box and added personalization, so that everyone in the organization who received a box had their name on it, and the players’ boxes also had their numbers. The boxes were a hit and were showcased on social media.”

The partnership we’ve forged with the Jacksonville Jaguars makes us proud beyond belief — we share our team’s courage, excitement, and love for the city we call home.